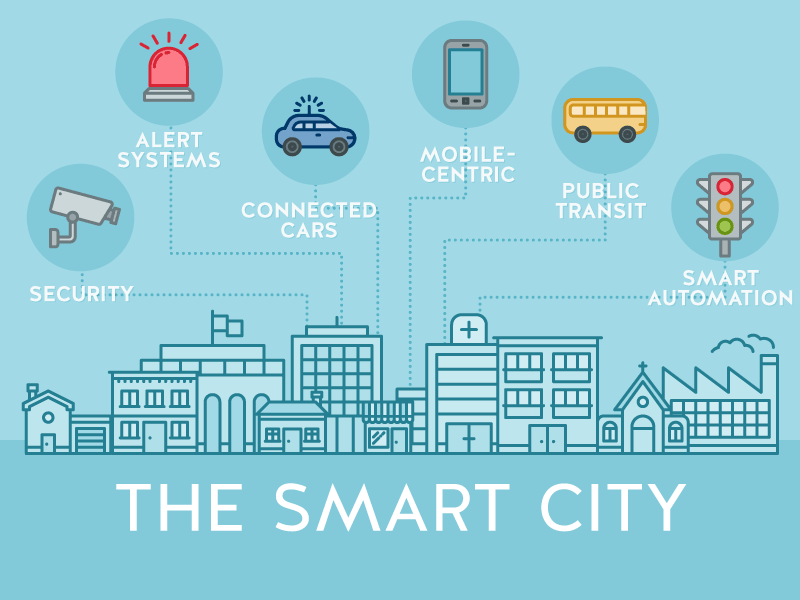 Right now we are in a moment of disruption, nearly every industry is up for grabs as a wave of new technological developments crash down on long-standing establishments. In all this new growth, government oversight has failed to keep up.

The bottom-line: for cities to truly become smart, government has to catch up.

Look no further than the transportation industry, a place that not five years ago looked entirely different. People still hailed cabs, electric cars were a hobbyist's pursuit, and car sharing was a small niche. Now all of that’s changed. Uber and Lyft continue to gobble up market share as cab companies begin to fold, electric vehicles are now some of the most sought after on the planet, and car sharing has taken hold in many cities around the world.

With the wave of disruption coming so fast national and local governments were simply not prepared and oversight was never established, allowing for many of the problems we see today. Uber is facing multiple lawsuits and is picketed on a near regular basis around the world and electric vehicles while rapidly gaining popularity are missing much of the charging station infrastructure they will need to truly become mainstream.

The bottom-line: for cities to truly become smart, government has to catch up.

Getting The Future Ready Now

Walking the fine line between protecting the consumer and allowing private industry to thrive is essential. City governments need to get a jump on future technologies before they go mainstream and ensure that the right solution is in place far before it hits the mainstream.

To get a better example of the pains that many cities face in light of new industries, let's take a look at one that is growing rapidly, electric vehicles.

EVs are expected to reach 24 million personal vehicles by 2020 and while the automotive industry is moving full speed ahead, the infrastructure needed to power them is at a crossroads. Many public entities have allowed private industry to set the standards and those standards, while profitable, have the potential to cripple the growing EV space. Many of the “technologies” being offered do little more than report usage via an app and require tens of thousands of dollars in additional infrastructure to bring in more power.

Above: Many chargers look good but do little to resolve the problem

Cities need to take into account power limitations when building out charging stations, and they should look to solutions that can maximize the current infrastructure, actively avoiding solutions that box them into a corner. Instead of adding one or two stations and then asking building owners to foot the bill on expensive infrastructure upgrades (upwards of $100K) when more stations are needed, policymakers should mandate smart power management technologies that allow charger installation as needed without adding huge additional infrastructure costs. This not only protects the building owner from massive unnecessary costs but also allows the EV industry to thrive.

Getting out in front of the curve is essential for aspiring smart cities. By allowing the wrong solutions to be installed en masse those cities can expect equally massive expenses down the road trying to right those wrongs. If EVs and smart cities are really going to happen then the best solutions should be identified early on.

Power the the Public

For the past 50 years or so things moved at a relative pace. Sure the government always moved slower than industry but it's now far beyond tortoise and hare. Industry moves at hyper speed, while government continues to plod along, allowing for massive regulatory holes to appear. The best thing for the government to do is speed up.

Governments will always move slow but they don’t have to stay completely out of the loop. A new innovation lab called superpublic innovation lab called superpublic aims to change all that. By creating a place where policymakers, entrepreneurs, industry experts, and nonprofit leaders can jointly tackle urban problems and devise futuristic solutions, superpublic is getting cities up to speed. Bringing together these groups ensures that smart cities are built to solve citizens needs while allowing private industry to continue to thrive.

The best thing for the government to do is speed up.

Imagine cities sharing their biggest pain-points with industry leaders to create a sustainable solution. Then after a successful pilot run, policymakers enact laws that allow new industries to grow while still protecting the rights of citizens everywhere. Had superpublic existed when say Uber and Lyft were in their infancy many of the horror stories due to the unregulated nature of the business would have been completely avoided.

Keeping the public interest in mind, while simultaneously creating an environment where innovation thrives is no small task, but the more cities and companies work together the smarter they both become.

Protecting the public is the first job of the government, but ensuring those protections don't stifle great ideas is the real trick. While injecting government into the early stages of innovation is obviously great news for the public, it sounds like a major pain for industry, but it doesn’t have to be.

The one thing many cities have overwhelming access to is data, or at least in theory. How many people cross through certain intersections, how many board a certain train car at what time, traffic congestion down certain streets at different times of day, the list endlessly goes on. This kind of data is something that cities have extremely easy access to and something every company would kill to have. By allowing a the free flow of data between the government and participating industries could allow cities to enact solutions to situations before they even become a problem.

Look no further than the San Francisco Bay Area, a place that cannot keep up with the never-ending flow of new residents. Nearly every system throughout the region was designed for a population roughly a third its size. Trains from Oakland to San Jose are packed beyond capacity on a daily basis, highway traffic jams are increasingly miming those found in LA, and don’t even get started about the skyrocketing rent. No region is more desperate for some Silicon Valley-esque innovation than Silicon Valley.

Giving all that data to companies well versed in designing and piloting game-changing innovations will certainly result in some positive results. Not to mention some serious cash savings for the general public and earnings for new industries. All the while state and local governments get a front row seat in planning out how these new ideas are regulated. By working together with industry, cities and governments become smarter, saving millions of taxpayer dollars on unnecessary projects, and freeing up those funds to combat other serious issues like affordable housing, drug addiction treatment, disability services, school funding, etc.

Before the smart city movement truly takes off, the smart government era has to begin.