Tesla's Gigafactory Is A Bigger Game Changer Than You Think

For years Elon and Co. have been touting all the possibilities its gigafactory provides the company. With its looming completion, the gigafactory just solved one of Tesla’s biggest problems, scalability.

Even though Tesla feels like a large company, in truth it's still just a startup and like every startup it found that proving the concept was far easier than building that concept to scale. In fact, its relatively small sales numbers were its best asset for some time. Allowing the company to fly under-the-radar while the automotive mega-companies gleefully pursued the status quo. While some (like GM and Nissan) slowly came around, most industry juggernauts were caught with their pants down when Tesla smashed expectations with nearly 400,000 Model 3 reservations.

The reason those companies couldn’t be bothered with the electric car startup was simple, they had no real way of making money, until now.

For its entire 13-year history, Tesla Motors has been in a production nightmare, with the company having failed to meet its own delivery schedules time and again. For those in the automotive industry it's no surprise, building a mass product vehicle from scratch is no small task. After all the design, engineering, and safety work (which can take years) you still have to build the damn thing and that comes with a whole host of new problems. Getting suppliers lined up, ensuring production line quality, and monitor assembly specifications take a lot of time, talent, and of course, money. 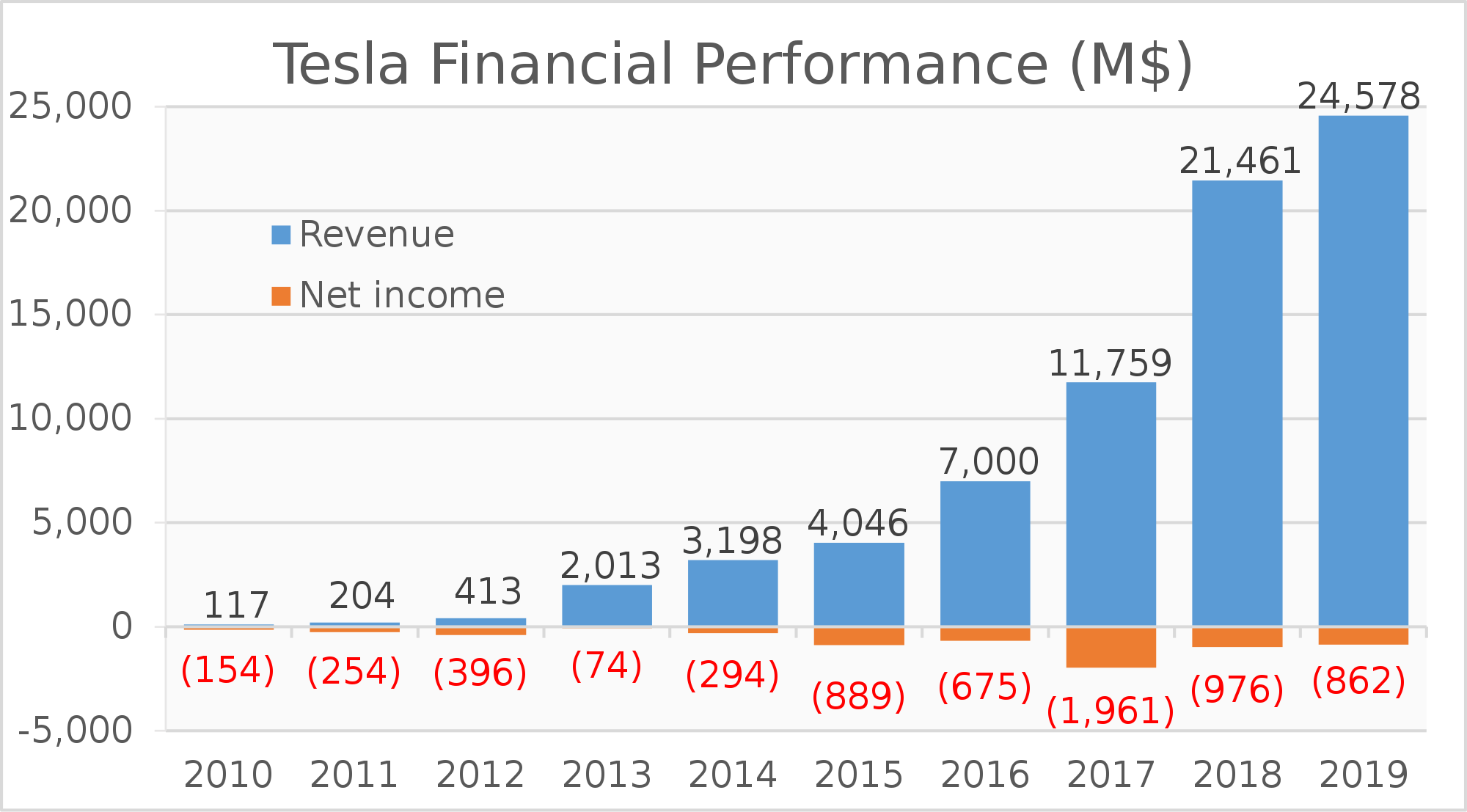 In fact, it's due to this issue that Tesla has never turned a profit in any quarter. For one demand has simply never been high enough to offset production costs, for another (and far larger) Tesla was consistently relying upon outside firms to help produce essential parts like the battery pack. Not only was this driving production costs up, but it was also slowing production down making buying a Tesla a painful waiting game.

It's easy to see why so much of the industry paid little mind to Tesla at first. They watched as the company time and again failed to live up to production expectations. Making matters worse was the fact that at any given time any of the established industry players could flip a switch and ramp up production in no time flat. Don't believe me? GM had the foresight to jump into EVs early on and in nearly no time at all beat Tesla to the punch with its Chevy Bolt. Tesla may be able to out design anyone in the business but in the end being able to put cars on the road is far more important. All the struggle has not been for naught, though, Tesla now sits on the verge of being able to truly compete with any manufacturer in the world. Not only can the factory crank out Model 3’s night-and-day they will be able to drive their production costs down and finally be able to turn a profit. While profit is great its actually in those production costs that the true game changer exists.

Although Tesla toiled away in production hell for the past several years they now have a major advantage. Elon has long said that they could build a car with a wider range than the current 300 miles, it simply would be cost ineffective to do so. Controlling the production process from start to finish will drive the cost of batteries down to the point that more expensive range extended version will exist. This is just one of many things Tesla can now turn their focus to.

The one thing holding Tesla back is rapidly becoming a non-issue, allowing the company to focus on its true core competency, innovation. The company may have struggled mightily with production but all the while were still able to release industry changing features like the supercharger network, Ludicrous Mode, and Autopilot. The company already has a 13-year headstart imagine what they can do with no more hurdles in their way.

The recently released Tesla Master Plan lays out the vision for the future and the only thing more audacious than its ambition is that it's not that far-fetched. Elon would have been laughed off five years ago for such a vision, but today it now seems within reach. Self-sufficient cars that make money for you when they're not in use sounds like a line from Isaac Asimov, not something we now readily accept as fact, yet here we are.

For all the false starts Tesla has had over the years they now stand ready to usher us into a second industrial revolution. The world’s largest factory is just the first of many leaps forward. Tesla just solved their biggest issue and now the automotive industry has to figure out how they can keep up.